Ts’aateyhdenaade kk’onh Denh, or Huslia as known in English, is a quaint village. It is located on the same latitude as Wales, the westernmost city in Alaska, and on the same longitude as Utqiagvik, the northernmost city in the U.S. Huslia spans just under twenty square miles and is home to just under 300 people. This village is sheltered by the brooks range on its northern side. This community is able to source water from the Huntington Slough, a small river. The 300 citizens of this community are amongst the most isolated in the entire world, as there are no communities in a roughly 100 mile radius of Huslia. As per coastal plains, Huslia is part of the Yukon Intermontane Plateau Taiga, within the Koyukuk Flats. As part of the Intermontane Basins and Plateaus, it has extensive physiographic features. 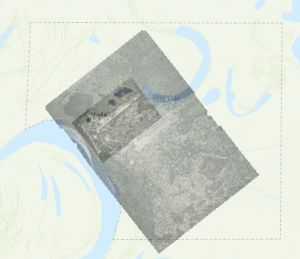 Compared to most of Alaska, Huslia is surprisingly warm for a settlement in the interior climate region. Being in the central interior, its yearly average temperatures range from -13F to 69F. This wide temperature range can largely be attributed to the lack of any bif body of water which may act as temperature moderator. Settlements on the coast tend to have warmer winters, and colder summers, as the water dulls down the extreme temperatures.

Huslia is on the Koyukuk River, which means it faces the natural hazard that has been detrimental to most rural communities. Erosion is like a siren song. It seems logical to build a community on an elusive river, as running water is the foundation of life. However, running water is also the source of land erosion. The rivers are eroding the communities that were built on them. While water can provide the basics for life, it can also take away others, such as a safe shelter. 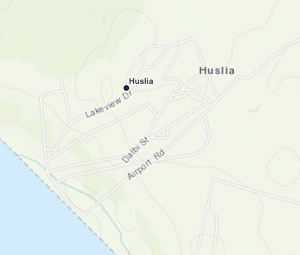 Huslia’s economy is a difficult one. The unemployment rate in the village is roughly five times higher than the national average. Over half of the village’s occupants make a living from public administration or through construction. Despite these challenges, it’s future looks bright. The local school has recently undergone a $17 million renovation. Further, it has implemented a new biomass system which allows the community to produce its own energy, steering away from a reliance on expensive imported diesel.

Culturally, Huslia is invested in dog mushing. Many dog mushing icons have been born and raised in this village. Huslia, like many Alaskan villages, places a cultural importance on mushing. Furthermore, many in the village hunt for their own food. This culture of self sustainability is noticeable, both on an individual level, and on a village wide level. If there is anybody that can thrive in the harsh conditions of Alaska, it will be the Huslians.